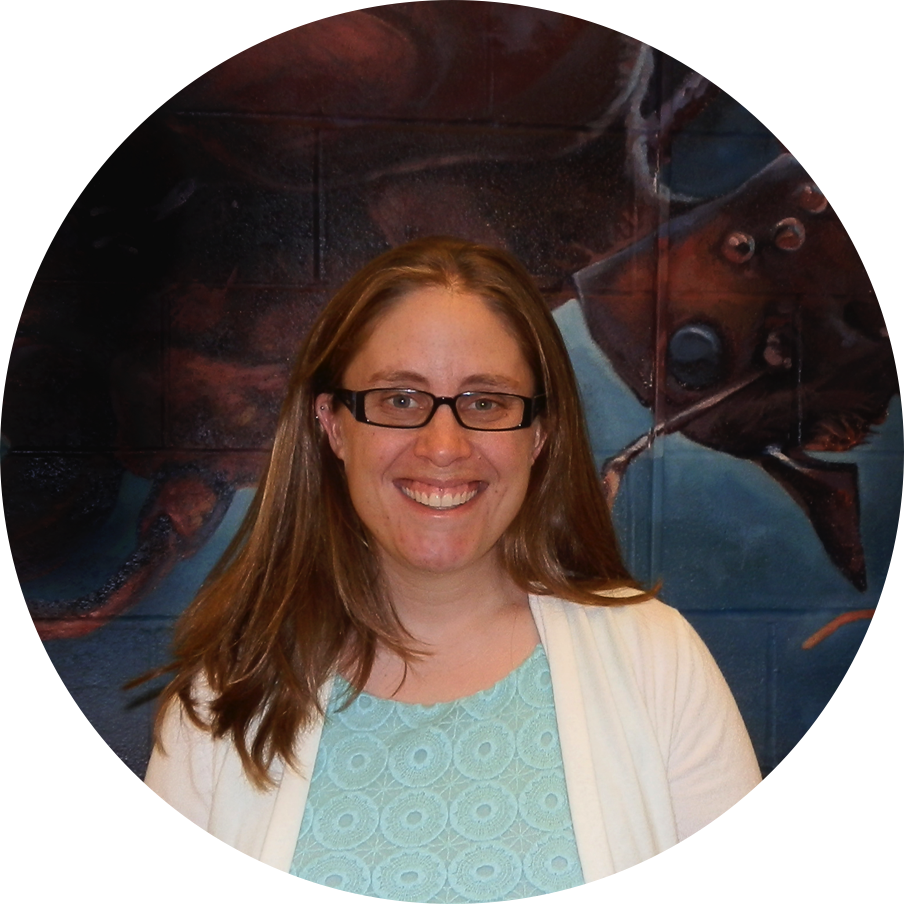 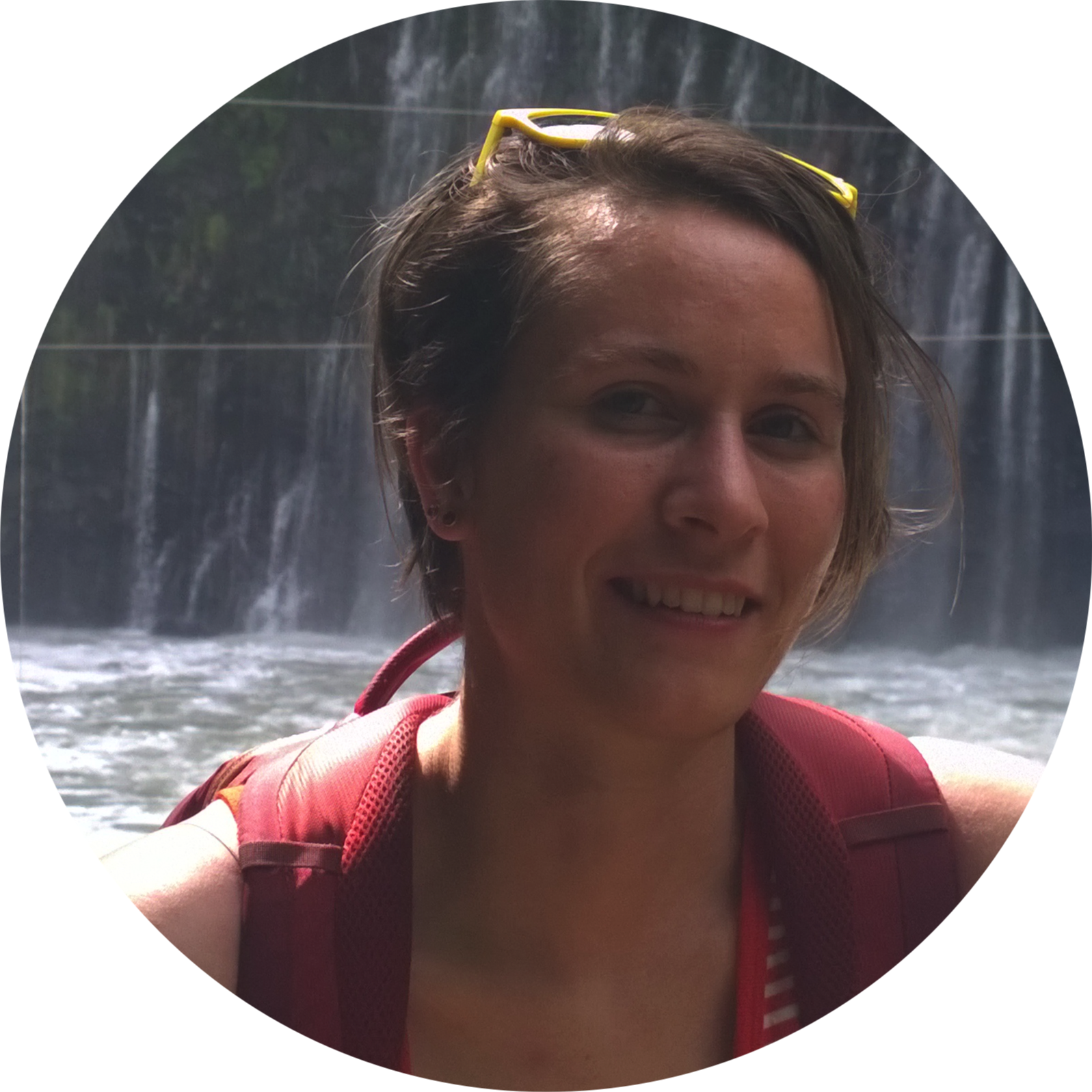 How do abiotic stressors shape the outcome of adaptation in species interactions? How do species interactions shape adaptation to environments? I study the interplay of abiotic environments and plant-associated microbes in shaping plant local adaptation and phenotypes. I currently study Lemna minor (duckweed), a tiny, floating aquatic plant that reproduces clonally, yet colonizes ponds across diverse regions of temperate North America, including both rural sites and sites highly impacted by urban runoff. I aim to characterize the role microbes play in its success across such a wide range of environments. Click here to learn more. 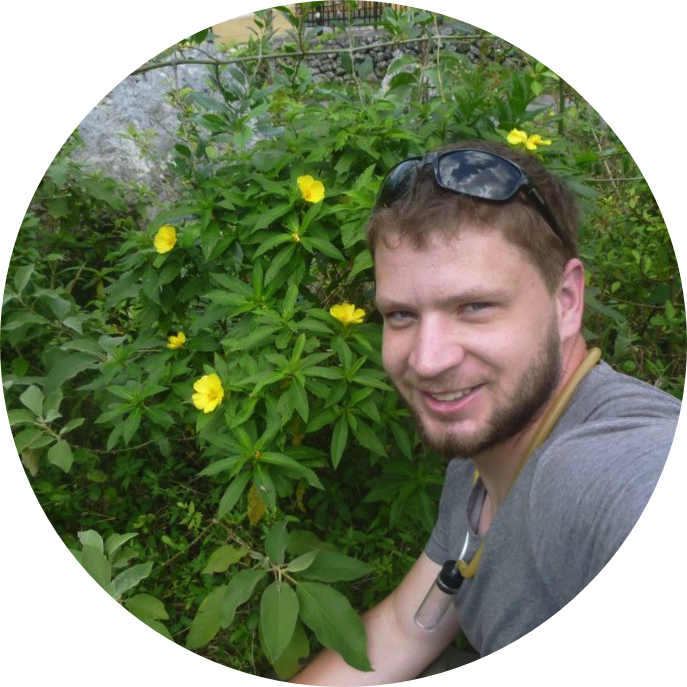 While mutualisms have historically been studied as pairwise species associations, organisms frequently interact with more than one mutualist across space and time, introducing the possibility of conflict among partners. The plant genus Turnera associates with a wide variety of mutualistic insects, including pollinators, defensive ants and wasps, and seed-dispersing ants. These disparate mutualisms can be in conflict with one another, and I am interested in understanding the role that these multiple mutualist effects have had on the evolution of Turnera. I am also interested in the invasion of complex mutualistic networks by exploitative third parties, and intend to investigate the potentially destabilizing role played by nectar-dwelling bacteria in Turnera. Furthermore, I will be investigating the mechanisms of resilience to invasion by “cheating” uncooperative symbionts in a legume-rhizobium symbiosis and developing the association between duckweeds and their assortment of bacterial partners as a study system to explore the evolution of mutualism. 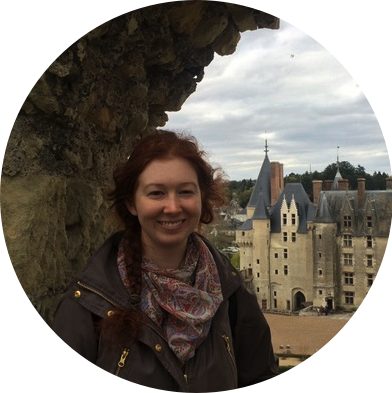 I am interested in using genomic and experimental approaches to study the mutualism between leguminous plants and their associated rhizobia. Legume-rhizobia mutualisms are sensitive to the ecological conditions in which they are expressed. Mutualisms that occur over a large geographic range including both temperate and tropical regions experience extremely different habitats and availability of mutualist partners. Therefore, we might expect temperate populations of mutualisms to differ in genetic variation, specialist strategies, and coevolution compared to tropical populations. One mutualism that occurs in both tropical and temperate regions is the relationship between the legume Chamaecrista nictitans and rhizobia from the genus Bradyrhizobium. I am interested in quantifying plant and rhizobia diversity to identify specialist and generalist strategies in populations of C. nictitans across a latitudinal gradient. My research will also help determine whether the legume-rhizobia mutualism is more important for plants in temperate regions, tropical regions, or at range edges. 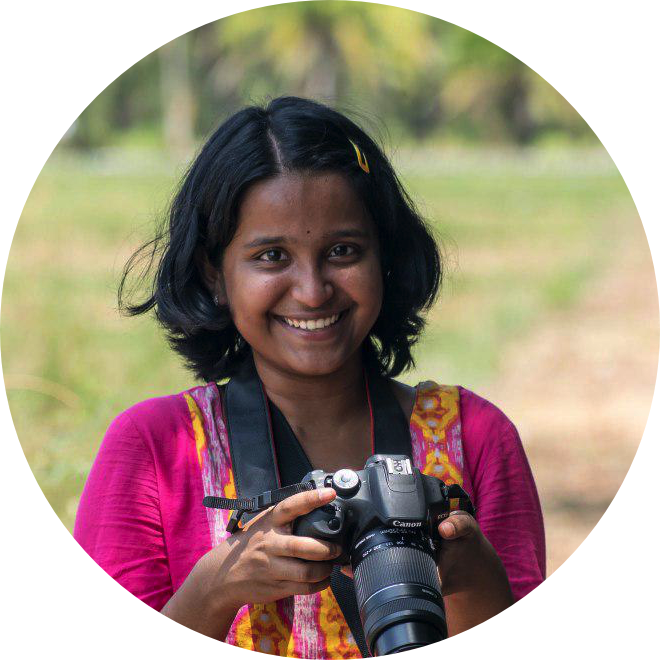 Broadly, I am interested in the ecology and evolution of mutualistic interactions between plants and animals. I hope to shed light on the macroevolutionary impacts of mutualism and the network composition of plant-animal mutualisms involving more than one animal partner. 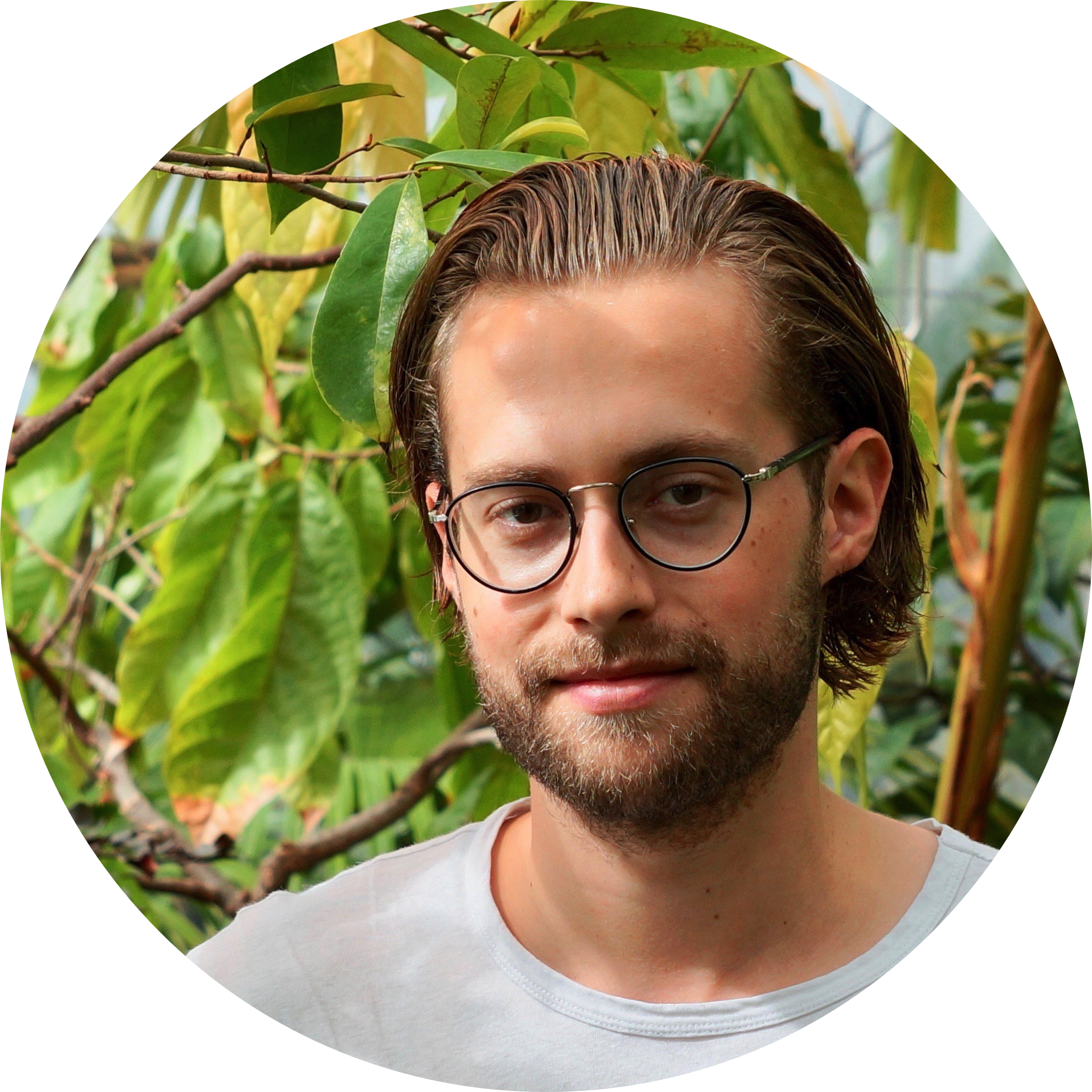 I am interested in studying the genetic determinants of behaviour, and how behavioural variation influences coevolution between symbiotic partners. In defensive ant-plant mutualisms, ants act as ‘bodyguards’ for their host plant, attacking herbivores that attempt to feed on it. Most of these ant-plant associations are beneficial for both partners, evidenced in part by the evolution of specialized plant structures that help them recruit ant queens and support growing colonies. However, in the rainforests of Peru, some ant populations of the species Allomerus octoarticulatus exhibit parasitic sterilization behaviours: they destroy their host’s floral buds, preventing it from investing in reproduction. The ants benefit from this behaviour, as the surplus plant resources are diverted into growth, resulting in larger plants that support more productive ant colonies. But this forced divestment in reproduction has immense fitness costs to host plants. My research will use ethological and transcriptomic approaches to investigate how these disparate ant behaviours are regulated at the molecular level. Comparing gene expression between mutualistic bodyguards and parasitic sterilizers will yield insight into genetic mechanisms by which cooperation and antagonism can evolve, and will help to improve our understanding of the molecular mechanisms underlying behavioural interactions between species. 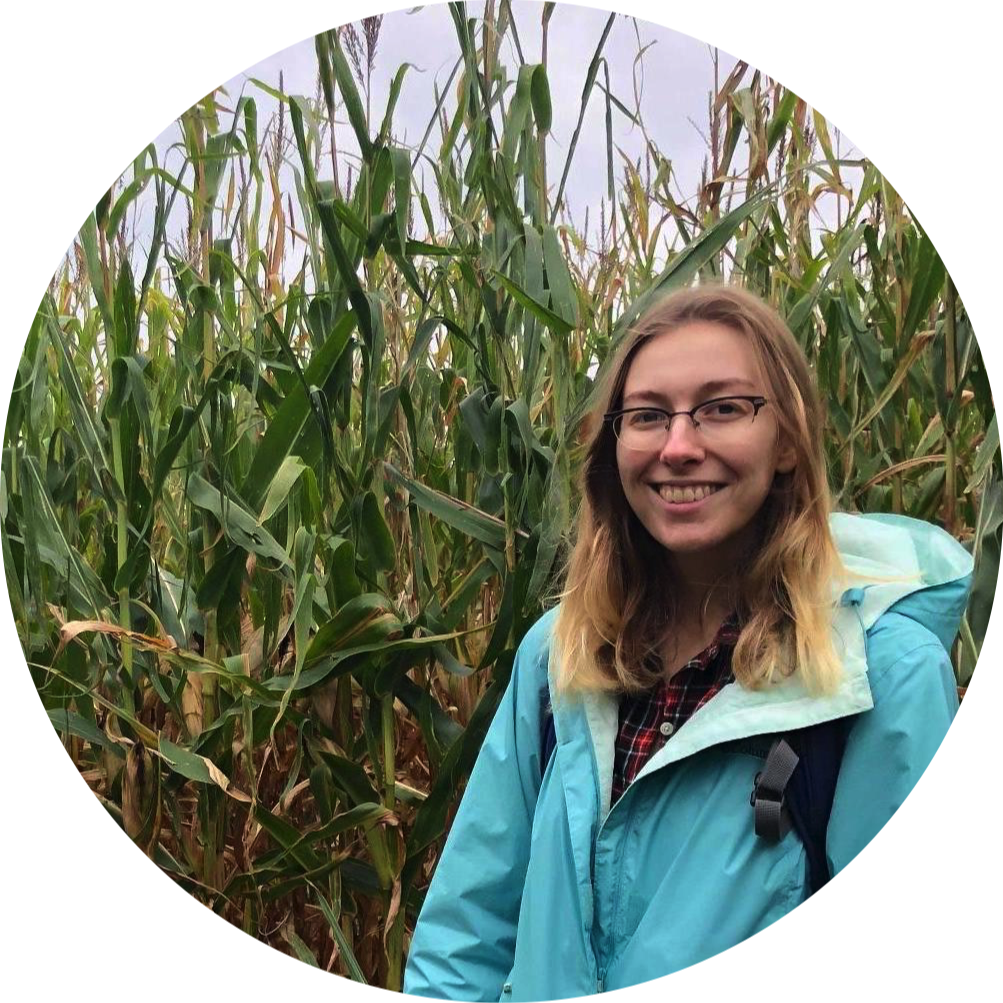 I’m interested in how community ecology theory can be applied to plant-microbe interactions, and specifically how these dynamics may change with mutualism. Historical contingency and priority effects may be present in environments that experience temporal and/or spatial differences in microbes, and this may affect the outcome of legume-rhizobia mutualisms. Additionally, I’m interested in how microbial community composition changes depending on abiotic factors, for example, how leaf shape and other traits may affect which microbes colonize a leaf microbiome. If there are latitudinal differences in leaf shape due to selection, what does this mean for the leaf microbiomes across space? During my masters, I hope to address and expand on these questions using experimental field work, greenhouse projects, and sequencing. 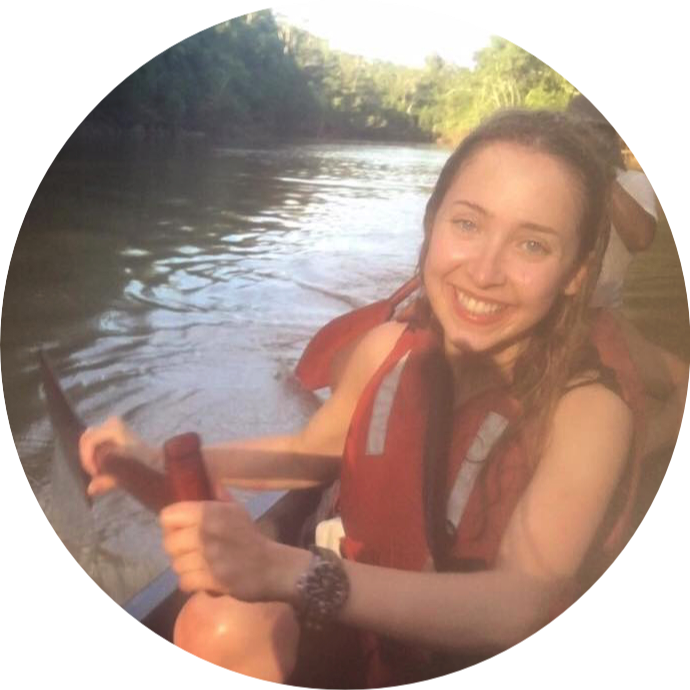 I’m interested in studying variation in mutualist quality between and within species. Through a meta-analysis, I hope to determine whether some species are intrinsically higher quality mutualists than others, or whether interspecific differences are over-shadowed by within-species variation. 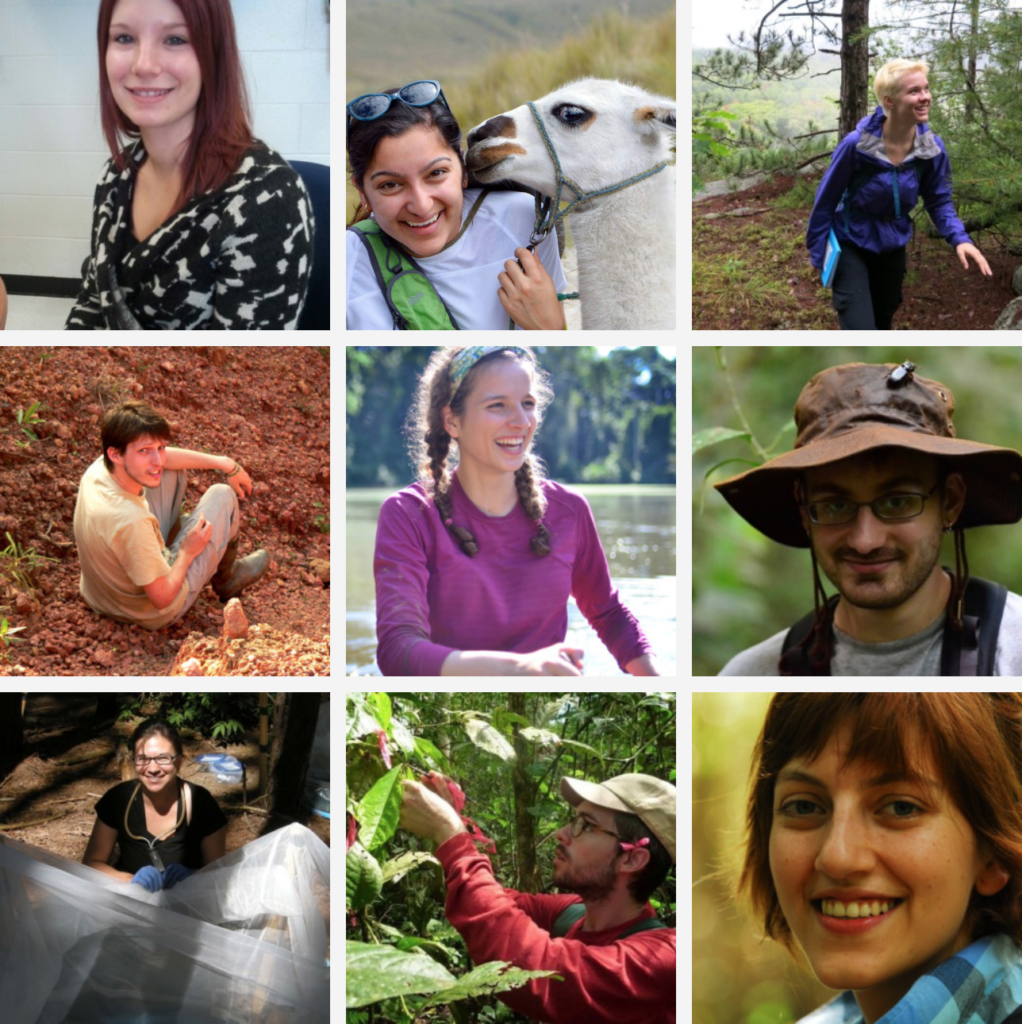 Past Graduate Students and Postdocs

PAST LAB MANAGERS and TECHNICIANS

The Lab Through the Years 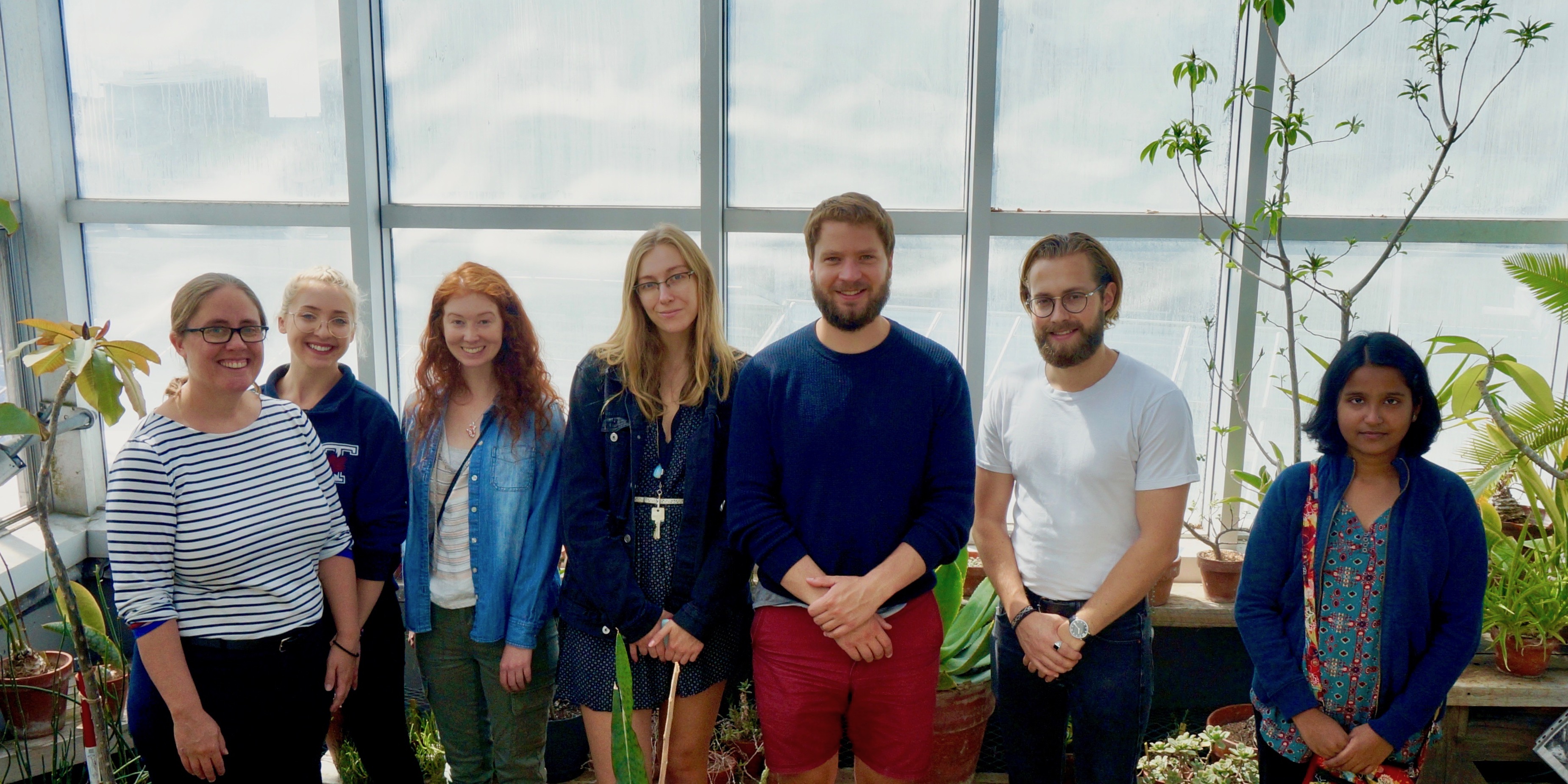 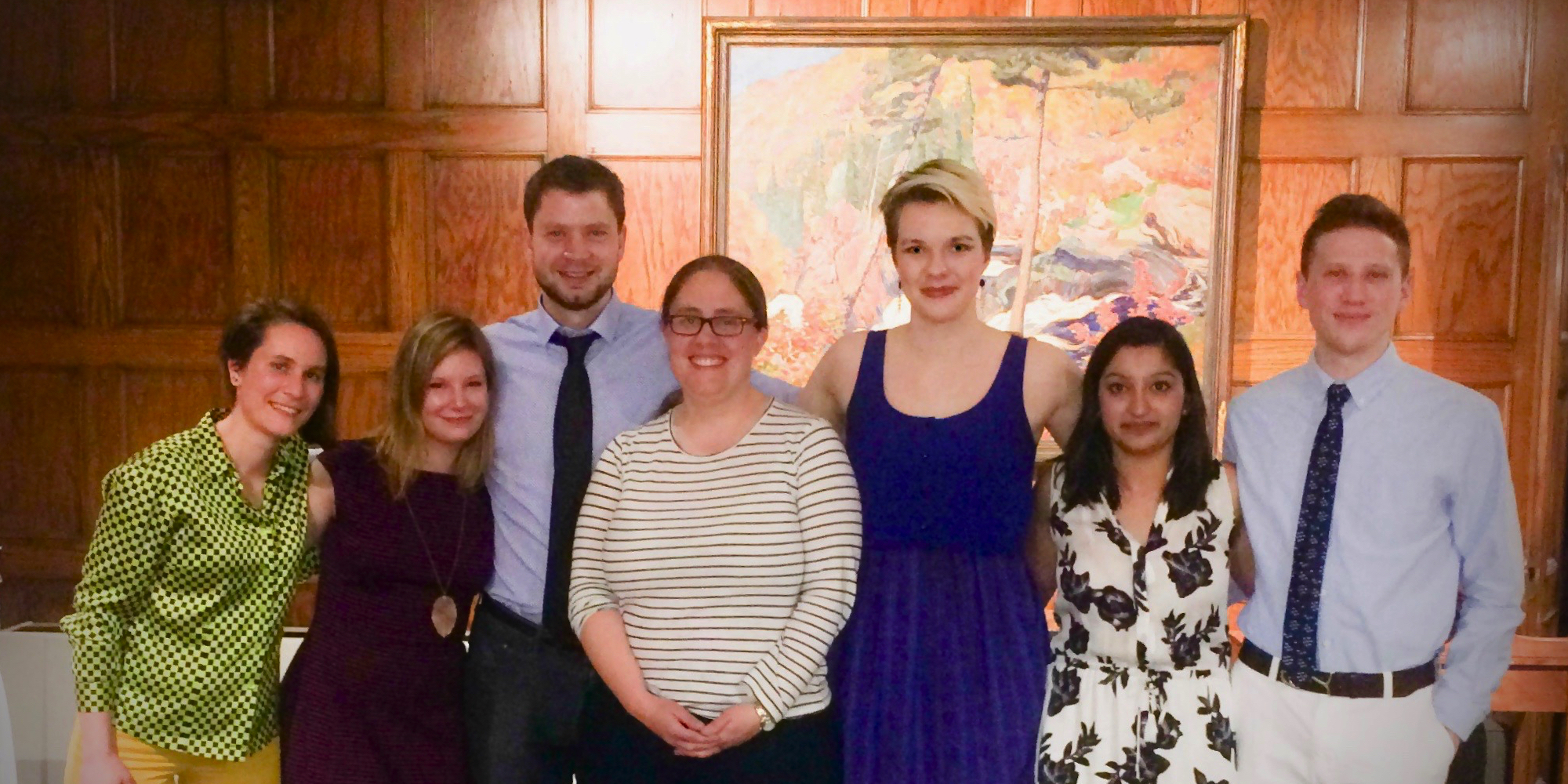 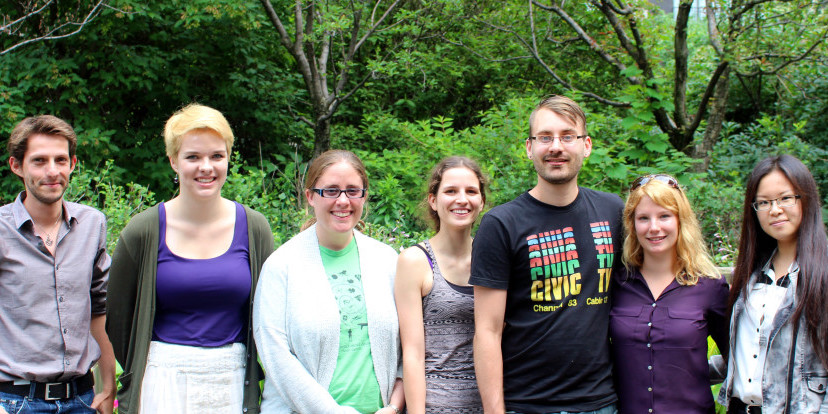 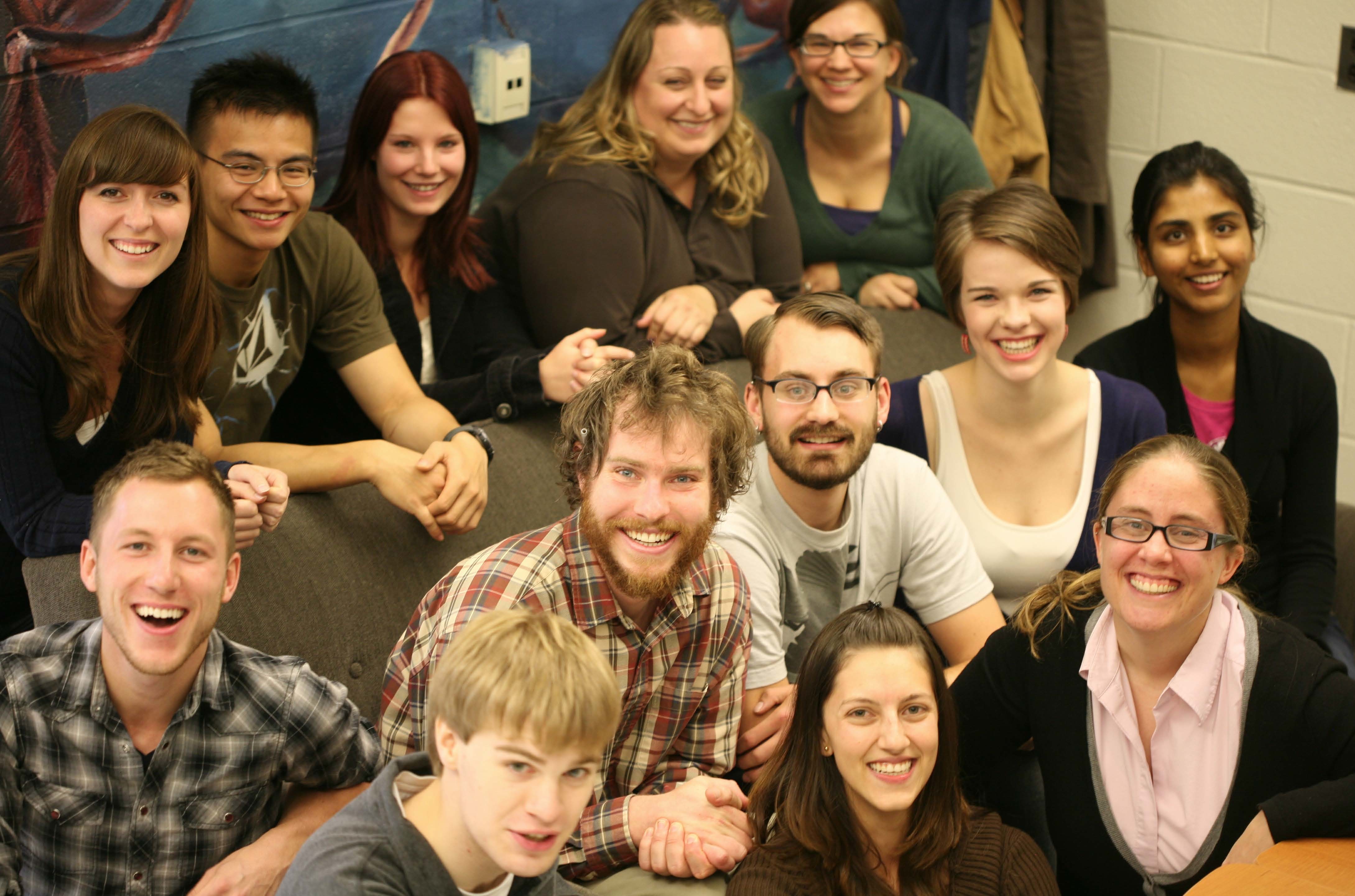 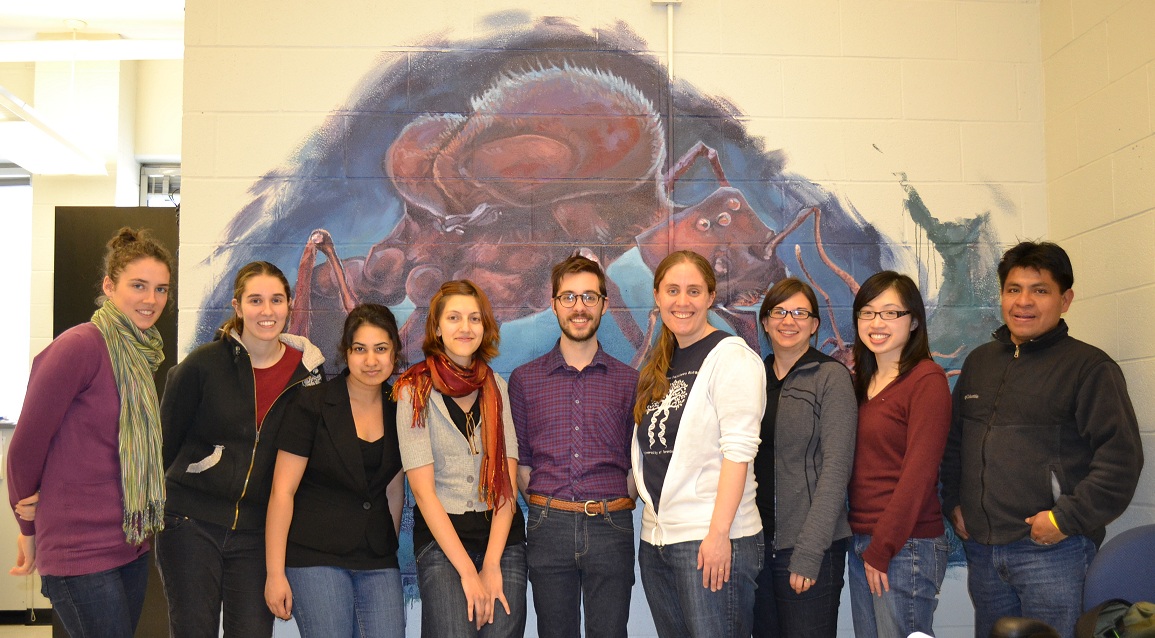 Today in #womeninstem: An RCT of identical CVs found that CVs from men were nearly three quarters more likely to be seen as having leadership potential than equivalent CVs from women @JClinEpi by @mxchristf @helal_lucas @dmoher https://www.jclinepi.com/article/S0895-4356(21)00178-5/fulltext?dgcid=raven_jbs_aip_email

If Toronto gets uninterrupted in-person school in the fall, I'll tweet about science again. Really.

Congratulations to @edyong209 of @TheAtlantic. #Pulitzer

Ontario schools remain closed, but as of today, day camps can open. Instead of sending kids to school with the same kids every day, parents can now send kids off to mix-and-mingle with different kids every week